The Convention on the Rights of Persons with Disabilities and its Optional Protocol was adopted on 13 December 2006 at the United Nations Headquarters in New York, and was opened for signature on 30 March 2007. There were 82 signatories to the Convention, 44 signatories to the Optional Protocol, and 1 ratification of the Convention. This is the highest number of signatories in history to a UN Convention on its opening day. It is the first comprehensive human rights treaty of the 21st century and is the first human rights convention to be open for signature by regional integration organizations. The Convention entered into force on 3May 2008.

The Convention was negotiated during eight sessions of an Ad Hoc Committee of the General Assembly from 2002 to 2006, making it  the fastest negotiated human rights treaty.

Austria signed the Convention and Protocol in 2007 and ratified them in 2008. 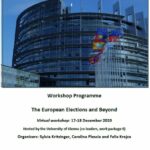 Präsentation am RECONNECT Virtual Workshop – The European Elections and Beyond 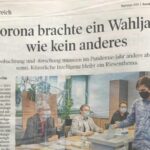 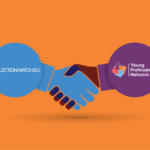