Declaration of Global Principles and Domestic Observer Code of Conduct

“The forming of domestic groups that are able to monitor their own elections without external assistance is an essential part of democratic development. In this regard, domestic observation is vital for the transparency and ownership of the electoral process in addition to the activities of the political party agents.

Domestic observer groups can more easily gather larger numbers than any other observer groups (e.g. international observers) as they know the political culture, language and territory. Consequently they are capable of seeing many things that may pass unnoticed by foreign observers. Domestic observer groups are also often better equipped than international observers to carry out particular types of specialised observation efficiently. Examples include verifying the voter roll, monitoring the complaint process, documenting instances of intimidation and human rights abuses, and media monitoring. In addition national civic organisations have an important role to play in educating voters and promoting the rule of law.

Domestic observers should play a neutral role and report objective findings, which can either highlight shortcomings in the elections or alleviate potential for conflict. This can however be hard sometimes as domestic observers at the same time they can be subject to local pressure as they may live in the area and may also be perceived to lack credibility for being associated with civil society organisations (CSOs) and/or political and social activist groups.

It is vitally important that election observation organisations enjoy the respect and confidence of the public. Therefore, it is important to recruit persons with a high profile to lead the organisation. Indeed, well-known and highly respected individuals may automatically bring visibility and legitimacy to the project.

The methodology employed, the accuracy of the findings set out in the reports, the presentation of reports, and the holding of press conferences will all influence the credibility of any domestic observation. If handled unprofessionally it can weaken the credibility and importance of their role.

Observers will require training on their tasks and the purpose and objective of election observation. More highly specialised methodology and training is required for certain activities, such as media monitoring, campaign expenditure monitoring and monitoring the adjudication of election disputes. A code of conduct should also set out the main rights and duties of observers, based on neutrality and objectivity.” 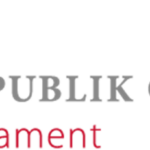 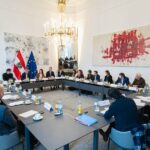 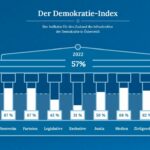