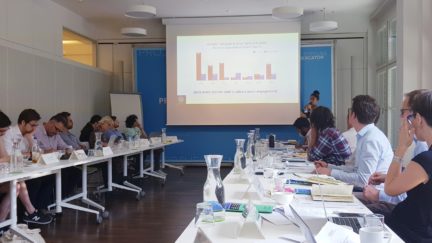 Election-Watch.EU workshop about European elections in preparation to the panel discussion with Austrian top candidates 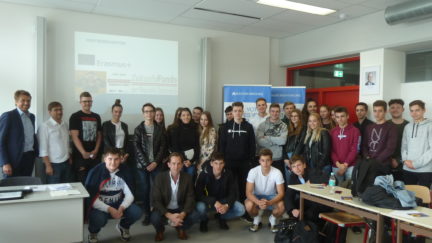 Eisenstadt, 3 May 2019: In cooperation with Prof. Reinhard Gaul from the HAK Eisenstadt, the team of Election-Watch.EU (wahlbeobachtung.org) conducted a European elections workshop with two classes in preparation for the panel discussion with top candidates on 7 May. This workshop took place on the Action Day for Political Education in Burgenland and within the European Youth Week. [...]  read more 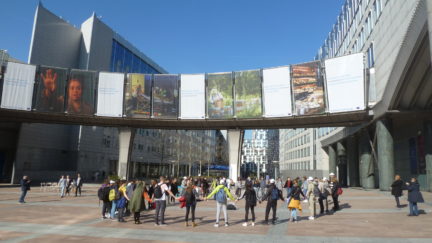 Election-Watch.EU (wahlbeobachtung.org) in cooperation with the European Parliament (EP) organizes a panel discussion of Austrian top EP candidates with pupils and trainees on the European elections in the House of the EU in Vienna on 7 May.

As part of the discussion, up to 150  pupils and trainees have the opportunity to a direct exchange with top candidates and to address their questions to them. The event will provide an opportunity to broaden personal knowledge [...]  read more 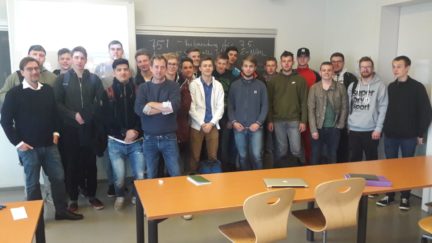 Steyr, 29 April 2019: Within the European Youth Week framework Election-Watch.EU held a preparatory democracy workshop with 22 students of the metallic technology class at the vocational school Steyr 1 on 29 April.  The [...]  read more 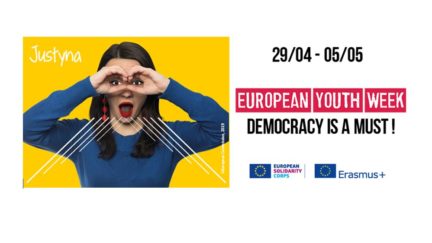 Vienna, 24 April 2019: Election-Watch.EU will organise workshops to prepare young and first-time voters for the European elections during the European Youth Week. Against the background of international election observation, the participants will discuss the fundamental principles for democratic elections with a human rights perspective and with examples from all around the world, put in the context of European politics.

The participants will have the opportunity to [...]  read more 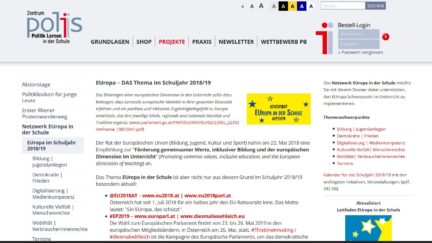 On 26 November Election-Watch.EU took part in the conference “EUrope at School”. The event was organized by the network Europe in School, which has been founded by the Representation of the European Commission, the Federal Ministry for Education, Science and Research and the Liaison Office of the European Parliament in Austria.

At the conference Election-Watch.EU presented its new project Civic Education for Young Voters – Pupils and Apprentices meet Candidates to the European Parliament Elections 2019 that is planned for  Europe Day, 7 May 2019 at the EU House in Vienna in cooperation with the Liaison Office of the European Parliament in Austria. In personal talks as well as with information provided at the Election-Watch.EU info point participants of the conference received further information on the planned project which is also supported by the Future Fund of the Republic of Austria. 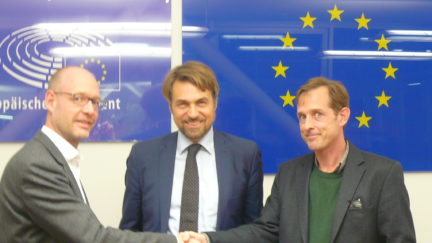 The European Parliament and election-watch.eu (wahlbeobachtung.org) have the common goal of providing impetus in the run-up to the election and motivating as many EU citizens as possible to get involved and act as multipliers in the context of the campaign.

The main objectives of the partnership with regard to the European elections are: 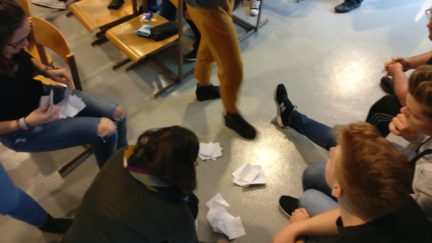 In celebration of 100 years of Republic Austria Election-Watch.EU conducted a workshop on Electoral Systems and Understanding of Democracy at the BHAK Neusiedl on 8 November 2018.

The team of Wahlbeobachtung.org, together with students of 4th year school classes of the BHAK Eisenstadt, had developed a workshop on elections, democracy and democratic processes entitled “Electoral Systems and the Understanding of Democracy” in January 2018.

This five-hour, practice-oriented and interactive workshop has now been presented and made accessible to the students of all Burgenland BHS under the patronage of the president of the state parliament, Christian Illedits, in a cooperation of the Provincial School Board, PH Burgenland and BHAK Eisenstadt. The kick-off event, at which representatives of all schools were invited to inform themselves about the workshop and to see for themselves what is taught to the students by the team of wahlbeobachtung.org, took place on 16 May 2018 at the BHAK Eisenstadt.

The workshop “Electoral Systems and Democracy Understanding”, in which BHS teachers from all over Burgenland participated, was opened by the former director of the state parliament, Dr. Engelbert Rauchbauer and Landesschulinspektor Mag. Jürgen Neuwirth.

The special feature of this workshop is, on the one hand, that the speakers are not only able to draw from their election observation experiences, but also to work with young and first voters in Austria on the meaning and foundations of democracy and of electoral systems. On the other hand, the workshop is also special because it was created in cooperation with experts, teachers and students, in which all involved contributed to its success.

We see wahlbeobachtung.org (Election-Watch.EU) as an unbiased civil society initiative for observing and assessing the Austrian electoral processes with the intention of pointing out deviations from international obligations and best practice. Through recommendations and our advocacy work we aim to contribute in particular to the improvement of the Austrian electoral system and electoral processes and more broadly to the strengthening of the political system in general.